Menlo Labs has uncovered a increase in a drive-by attack that impersonates legitimate browser, Flash, and Microsoft Teams updates

In the last two months, the Menlo Labs team has witnessed a surge in drive-by download attacks that use the “SocGholish” framework to infect victims. This particular framework is known to be widely used to deliver malicious payloads by masquerading as a legitimate software update. Isolation prevents this type of attack from delivering its payload to the endpoint. Here’s what we know.

What Is a Drive-by Attack? 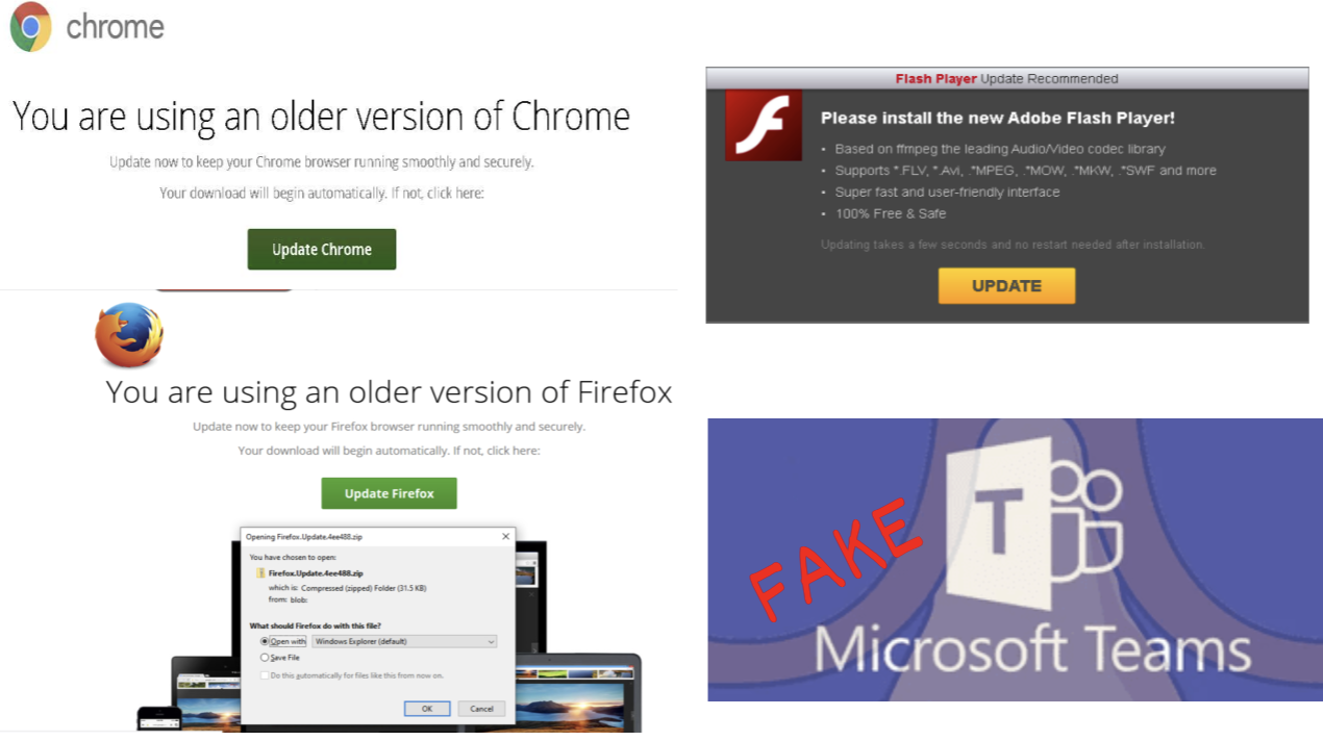 Menlo Labs has also detected a fake Google Drive share link site that is served from an iframe on a malicious website, although the malicious ZIP file is hosted on Google Drive. The ZIP file has an embedded JScript file that, upon execution, downloads additional malware. How Does SocGholish Operate in the Wild?

The following diagram depicts the typical kill chain used by the SocGholish framework:

Two key observations about the SocGholish framework within the browser context:

The malicious ZIP file has an embedded JScript file that, upon execution, uses living-off-the-land binaries (PowerShell/CMD, etc.) to fetch a malicious download—providing additional command and control communication to download the final malware.

This framework is used to gain initial access to an endpoint. From past research, we’ve seen this framework distribute the Dridex Banking Trojan and variations of the WastedLocker ransomware family.

The iframes that are used to serve content from malicious sites are hosted on sites that have been categorized as legitimate categories, such as download sites or other categories in which reasonably popular websites are often hosted. 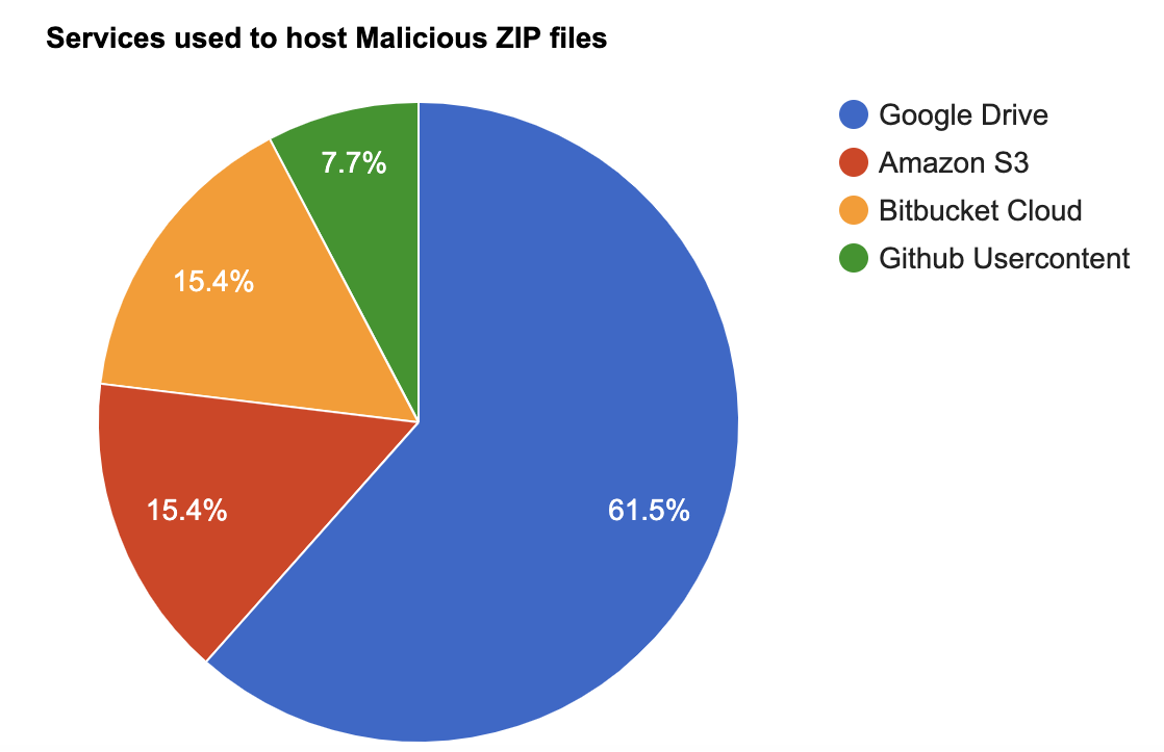 What Attack Vectors Are Being Used? Victims are lured into visiting a reasonably popular website within the Alexa top ~100K ranking, where the attackers plant an iframe that sends users through a series of redirections to trigger the malicious download.

The attackers pick compromised sites that are hosted on content management systems such as WordPress to inject iframes that use JavaScript blobs to automatically trigger the ZIP file download. This mechanism is very similar to the DURI campaign we wrote about recently. Since the entire payload is constructed within the endpoint, this method is commonly used to smuggle payloads and bypass legacy network proxies and sandboxes.

3) Using JavaScript to dynamically generate the link to trigger the download:

This is the mechanism we observed in the sites.google.com fake share theme. A Note on Browser Security Controls around iframes

Recently, Chrome and Firefox developers have added a security feature that automatically blocks downloads from sandboxed iframes. In the above techniques, downloads were allowed from iframes specified by the following settings:

Be Sure, Be Safe, Be Secure

As we head into the holiday season and 2020 winds down, it’s important to be vigilant against these types of sophisticated attacks that impersonate legitimate software updates to deliver their malicious payload. Remember that many browsers, including Chrome, have automated patching and updates—eliminating the kind of prompt that SocGholish requires.

Alternatively, it may be time to think about implementing isolation—the only security technology that prevents all web-based attacks by preventing any content (risky or not) from executing on the endpoint, without impacting the native user experience. It’s simple: Malicious actors can’t infect something they can’t access. Learn more about isolation at menlosecurity.com.